Skip to content
You are here:Home » Grammar » Death Throes Or Death Throws – Here’s How To Get It Right
Grammar
Updated February 22, 2022 Derek Haines 130 Views 0 Comments

Death throes is an expression that authors, in particular, might use in writing from time to time.

What is odd is that the noun, throes, is a plural noun rarely seen in its singular form. In fact, many dictionaries don’t mention the singular form.

It’s an unusual expression, but be careful not to confuse it or misspell it as death throws.

As with many other phrases and words that sound the same, you can’t rely on your spellchecker for this one.

What’s the meaning of death throes?

Although rarely seen, the singular noun throe means a sharp attack of emotion, a paroxysm, a pang, or a spasm.

It can also mean to be in the middle of doing or dealing with something very painful or difficult.

When we use the phrase death throes, it usually means the process of ending or dying in a very unpleasant or painful way.

It can also indicate uncontrolled and violent movements while suffering tremendous pain.

Because it is such a graphic phrase, its use is often found only in literature and not in everyday speech.

Other uses for throes

There are more pleasant idioms, phrases, and expressions that we use with throes.

Generally, they have the meaning of being in the process of struggling with something such as an illness, major change, or an ongoing problem.

The dramatic fall in the stock price indicates that it’s a company in the throes of decline.

I’m recovering after suffering the throes of pneumonia last month.

It took a year for me to get over the throes of divorce.

Can I call you next month? I’m in the throes of moving house.

In the final throes of an election campaign, politicians are always anxious.

There are many ways to use the plural noun, and it is quite useful in speaking or writing.

Why is death throws wrong?

Throw means to propel something with force through the air by a movement of the arm and hand.

So it makes no sense at all to associate it with death.

When you see it used, it is most often either a typo or a poor decision by a writer.

But don’t feel too bad if you thought throw was correct in the term.

You only need to do a quick search to discover that mainstream media get it wrong too.

This is a country in the throws of a political transformation. (CNN)

As she wrote, Tunisia was in the throws of a historic revolution, a movement that would spread throughout the Middle East and North Africa. (CNN)

It only took me a few minutes to find the examples above.

There were many more I could have included. But these are enough to show how often the error occurs.

I suppose you could argue that it’s so common that readers accept it. Perhaps that’s true.

But I doubt that a writer would use the incorrect term intentionally. It’s always better to be correct.

When is death throws correct? 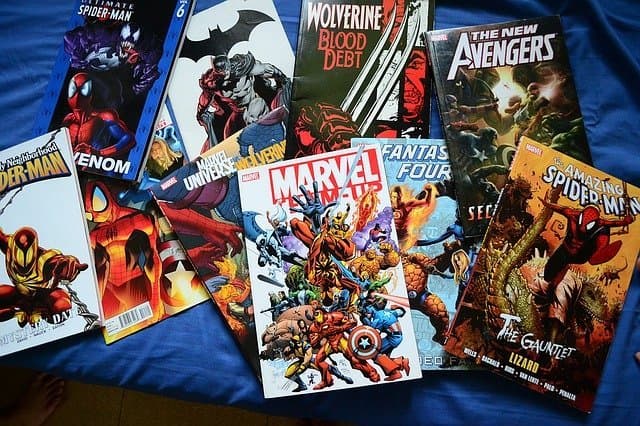 The only time you can be certain that the term is correct is if you are referring to Marvel superheroes.

Here’s a quick quote from Wikipedia.

The Death-Throws are a team of supervillains appearing in American comic books published by Marvel Comics.

Bombshell and Oddball first appeared in Hawkeye Vol.1 #3-4 (1983) and battled the title character. They later joined the juggling supervillain team known as the Death-Throws to face Hawkeye in the pages of Captain America #317 (1986) and Avengers Spotlight #23-25 (1989).

If you are writing about action comics, then the term is accurate. But just check that you use a hyphen to be 100% correct.

Never trust what you think is right

According to API (United Press International), most adults have an active vocabulary of more than 42,000 words.

However, this probably refers to vocabulary that is used in active speech.

It doesn’t mean that people know how to use or spell their accumulated vocabulary correctly.

Writers are always trying to extend their vocabulary. But the English language is so big that you can’t know every word.

The Oxford English Dictionary has 301,100 main entries, 157,000 bold-type combinations and derivatives, and 169,000 italicized-bold phrases and combinations.

In total, 616,500 word forms. It means that an average adult’s active vocabulary is only around 7% of the total.

That’s why it always pays to check when using a word or phrase in your writing that you rarely or have never used.

Like wreak, wrought, and wreck havoc, death throes or death throws present a good example of a rarely used phrase but that so many writers can get wrong.

If in doubt, look it up.

You don’t need to worry too much when writing the first draft of a text.

But when you get to checking and moving onto your second draft, it’s a good time to highlight words or phrases that you are not 110% sure are correct.

It’s not only unfamiliar expressions.

A good example is, walk past or walk passed. Two simple words, but they are so very easy to get wrong too.

But it’s amazing what you can learn when you take a few minutes to research and investigate unfamiliar words.

At the same time, you will increase and improve your active vocabulary.

Related reading: Hazard A Guess Or Has At A Guess? Which One Is Correct?