Counterfeit and pirated books on Amazon are still a big issue. But Amazon has taken so little action, and there could also be a problem with other counterfeit goods.

You could think that identifying sales of counterfeit books would be easy. If you publish a book on Amazon, surely Amazon could at least check for plagiarism when pirates copy your text.

The problem is not new. I have been writing about pirated ebooks and books for a very long time. Third-party sellers are making a lot of money from pirated, fake, and counterfeit books. More importantly, so is Amazon.

Is this why Amazon seems to be acting like an ostrich? And is burying its head in the sand when it comes to taking real action.

In This Article Hide
How bad is the problem of counterfeit books?
Amazon’s response
What can you do?
Mass market books
Conclusion

How bad is the problem of counterfeit books?

It’s terrible, to be honest.

You only need to do a quick Google Search for counterfeit books to find out how serious this issue is.

It affects fiction, non-fiction, and education publishers. Counterfeit textbooks, in particular, are rife.

It is well worth reading this article in the New York Times to understand the scope of counterfeiting.

It concerns a medical publisher who did some test buys of their book.

This short extract from the article is mind-boggling.

Do you need to read those numbers again? Thirty-four book purchases and thirty fakes.

It is not a new problem. The Atlantic wrote about the problem of plagiarism in self-publishing and Amazon some years ago.

The issue then was copying and republishing romance novels.

In another article in Ars Technica, Bill Pollock goes further.

He calls out Amazon for selling what he says are counterfeit copies of his company’s book, The Art of Assembly Language—copies that Amazon apparently printed.

He includes an image of the ISBN Amazon included for the forgery.

In another case, Fox News reported that an author lost $240,000 in sales due to fake copies sold on Amazon.

The publisher, InterVarsity Press (IVP), discovered that the book was copied and sold by a third party on Amazon for about nine months before a customer complaint raised the issue.

The article includes the image below of a glaring typo on the title page. 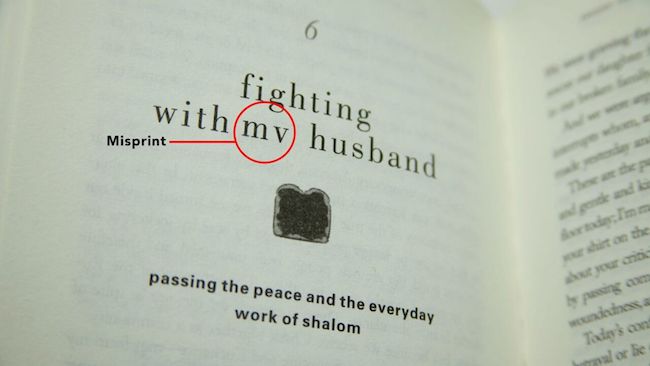 How can Amazon be serious about anti-counterfeit measures when it is the printer and publisher of a fake book by an Amazon seller?

Yes, Amazon seemed to commit itself to do something about the problem with Project Zero.

But the program puts the responsibility on the publisher. It is up to them to report intellectual property issues. It is not up to Amazon to find problems.

And worse, it is an invitation-only program. So bad luck if you are not a big enough publisher to be chosen by Amazon.

There have been occasional wins against publishers. But not very many.

What can you do?

Sadly, there’s nothing you can do about pirated books on Amazon.

It applies if you are self-publishing on Apple, Google Play, Kobo, or any other platform.

Over the years, I have tried to notify and communicate with Google and Amazon about piracy issues with my books.

In one instance, one of my print books was indexed, listed, and available in pdf download by pirates on Google. It happened within just a few weeks of publishing.

Another problem arose when Google Play allowed a counterfeit paperback version of one of my books to be available for sale.

In both of these cases, Google was extremely non-committal, flippant, and bordering on rude in the responses I received.

When I raised the issue with Amazon, I received a limp copy and pasted reply. So, I gave up and instead had a laugh.

You often read that the big Internet companies are operating with a Wild West attitude. It is probably a fair description of the situation.

There are copyright laws all around the world to protect authors.

But none of these laws seems to apply to tech giants.

And if they do, you get the feeling that they can ignore them with impunity.

Amazon is clear in its advice to publishers. It is not up to Amazon to decide what is right or wrong.

It places the total responsibility on the publisher in its Content Guidelines.

We take violations of laws and proprietary rights very seriously. It is your responsibility to ensure that your content doesn’t violate laws or copyright, trademark, privacy, publicity, or other rights. Just because content is freely available does not mean you are free to copy and sell it.

You would need a massive amount of money to think about taking legal action against Amazon.

You know your rights have been infringed, but it would be a long, expensive, and futile exercise.

It’s unfair. It’s wrong. But pirated books on Amazon are a fact of life if you are self-publishing.

You are a small fish in a massive pond.

Amazon is the biggest seller in the world of ebooks and books. By a huge margin.

So if you want to self-publish and stand any hope of selling your books, you have to publish on Amazon.

But when you do, your book in ebook or print-on-demand paperback are both electronic computer files.

So they can be copied in a few seconds by unscrupulous book pirates and scammers. Nothing at all is secure on the Internet.

All you can do is hope that book buyers are a little savvy. In most cases, they will buy your original and won’t fall for the fakes.

It won’t be a big issue for you in this case.

But if your book becomes very popular?

Yes, you should check to see if your book has been counterfeited and offered for sale without your approval.

If it happens, you should contact Amazon, of course.

But don’t hold your breath for any immediate action.

The problem of pirated books on Amazon is not going to go away anytime soon.

Amazon has made noises and a few efforts over the years to minimize the issue of counterfeit products. But it is a system of selling books that is still so wide open to abuse.

Honest authors would never give a thought to manipulating algorithms, keyword stacking, or money laundering.

But there are obviously many fraudsters who certainly do.

Related reading: Can You Sell Books With No Words On Amazon KDP?

10 thoughts on “Fake, Counterfeit And Pirated Books On Amazon”