Skip to content
You are here:Home » How To Articles » How To Punctuate Book Titles Or Can You Be A Little Creative?
How To Articles
Updated August 6, 2022 Derek Haines 10107 Views 4 Comments

Are there definitive rules on how to punctuate book titles?

Yes, there are broadly accepted rules for book and chapter titles.

They are very similar to correctly punctuating titles in shorter works such as poems, short stories, songs, and musical albums.

But yes, but when it comes to punctuation for book titles, you can also be creative.

General rules for how to punctuate book titles

1. Always capitalize the first word and the last word of the title.

4. Always capitalize a word after a colon.

5. Never capitalize articles, a, an, and the, unless it is the first word of the title.

6. Never capitalize on coordinating conjunctions such as but, and, or, if, or nor.

7. Never capitalize short prepositions of less than five letters like at, to, from, in, out, or over.

8. Always capitalize on a phrasal verb particle such as give out, go away, push on, give in, or get over.

9. No commas and periods (full stops), but hyphens and question marks are commonly used.

If you are referencing a title, the book title punctuation rules above are fine, and it would be rare that you could go wrong.

It is not recommended to place italics or quotation marks around the titles if they are book titles.

But if you are referencing parts of a book, such as book chapters, or only part of the title, use quotation marks.

Tip! Beware of using Title Case in Microsoft Word, as it will capitalize every single word in a title.

You can check various references for how to punctuate book titles. You can refer to the Chicago Manual of Style, the AP Style Guide, the MLA Handbook, The Oxford Style Guide, and many others.

There could be small differences between American, British, Australian, or Canadian English language styles.

But the basic rules for punctuating book titles are quite standard across all forms of English.

How to apply the punctuation rules for book titles

Or, can you be creative with your new book title?

You can do both, but you first need to remember that your title will be used in two places in your book.

It will be on your book cover, of course, but also on the title page of your book.

For your cover, you can be very creative. But for your book title page, you should use correct capitalizing and punctuation.

Very often, every word in the title is a noun, verb, or adjective, so there is not a lot to do or worry about.

However, capitalizing prepositions will cause the most confusion, especially with phrasal verb particles.

If the title is I Wish I Could Move On Quickly, the word, on, is capitalized because move on is a phrasal verb.

But if it is When We Went on Holiday, the word on would not be capitalized because it is a preposition.

Titles on your book cover

Punctuation rules count for very little on a book cover. But great typography counts for a lot.

But look at the two cover versions below of one of my favorite books, Hitchhikers Guide to the Galaxy.

Obviously, there was a change of punctuating heart about prepositions as the years passed by.

There was also a need for a hyphen because Hitchhikers didn’t fit in full on the original cover.

It is easy to stop worrying about using a capital letter if you use all caps and use a freaky font. 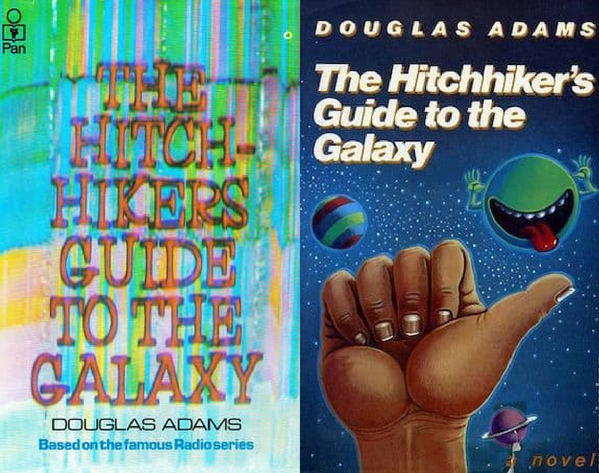 When it comes to rule-breaking capitalizing in book titles, you would think that an ex-president would be the last person to be a big rule-breaker.

But Barrack Obama broke the very first golden rule with this cover title.

Mixing lower case with upper case and no capital on the first word is just not in the rule book.

But you would have to say that it works very well. 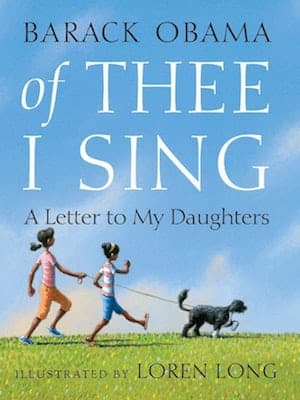 Another way to throw out the rule book is to not bother with doing anything. Just use lowercase for everything.

But look closely. What’s with adding a hyphen?

Lowercase is one word or can be two separate words depending on your dictionary, so it doesn’t need a hyphen.

But it gets one anyway on this book cover.

But why not add an ampersand in place of and? I’ll let you judge if the ampersand is capitalized or not. 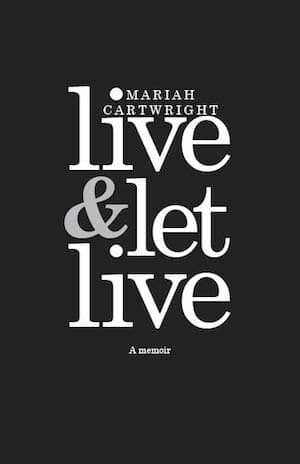 Or, why not add a hyphen when there is absolutely no logical reason whatsoever to add one?

For me, it’s Moby Dick, not Moby-Dick. 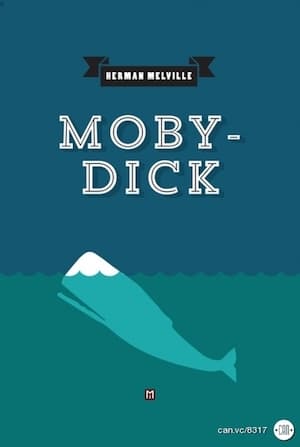 But if you really want to avoid problems and tough decisions, go for a very short one-word title as Stephen King did with IT.

But should every letter be capitalized?

Probably, but I think in the middle version below, the cover designer was undecided on that score. 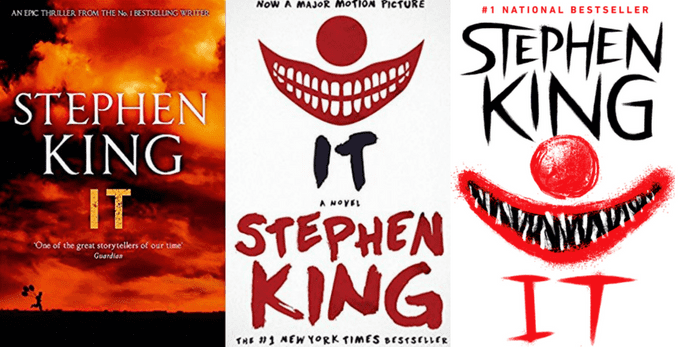 If you are studying and writing an essay or review, always follow the nine basic punctuation rules for titles.

The same applies if you need to add a reference to a bibliography.

But if you are an author researching a new book title, you have a lot of choices.

I would advise sticking to the rules for the title page of your book.

But for your book cover, you or your cover designer can go wild and let your imagination do the talking.

You can italicize the title or only part of it.

Why not use AlTeRnAtInG case? There is no reason why you can’t, except that it is tough to read.

Or you could try having an ǝlʇıʇ uʍopǝpısdn on your cover.

Now that could create some real interest. It could also result in readers having to twist their necks to read it.

Accidentally breaking a rule can look silly, as in This Is my New Book title.

But intentionally breaking the rules, as in, THIS is my new book TITLE, might work well for you.

When you are deciding on your new book title, short is usually the best choice.

But SEO and your title can work happily together if you focus on using only nouns, verbs, and adjectives.

You often hear that if you want to break the rules, you need to learn them first.

It is good advice for book titles and how you intend to punctuate them.

Related reading: When To Capitalize Long Prepositions In Book Titles

4 thoughts on “How To Punctuate Book Titles Or Can You Be A Little Creative?”