Skip to content
You are here:Home » Ebooks » What Is The Future Of Ebooks? It Will Be Change And More Change
Ebooks
Updated November 7, 2022 Derek Haines 10045 Views

The ebook revolution is over, the major battles have been fought, and the ebook format is here to stay.

Yes, there are still a few skirmishes on the sidelines in trade publishing.

Traditional publishing houses fought in vain, trying to protect their privileged position, profits, and champagne lunches they held as their right for so long.

But they eventually ceded to the new reality, particularly in the area of ebook pricing.

Since the advent of the Internet in the mid-nineties, consumable entertainment and producers of music, movies, software, and games have all experienced the digital revolution.

They needed to adapt progressively over the years of evolution in their markets.

Before the revolution, these products were sold individually in containers and stacked on store shelves.

Microsoft sold its software in boxes, on floppy disks with a thick book of instructions.

Games were sold in boxes and lined up again on store shelves.

Music changed its containers from vinyl to tape to compact disk, all in plastic wrapping on music store shelves.

All of these products disappeared from brick-and-mortar stores, and the stores closed up shop.

But books remained, stacked high on the shelves of bookstores, with the market controlled in most part by the Big Six publishers.

From stores to digital delivery 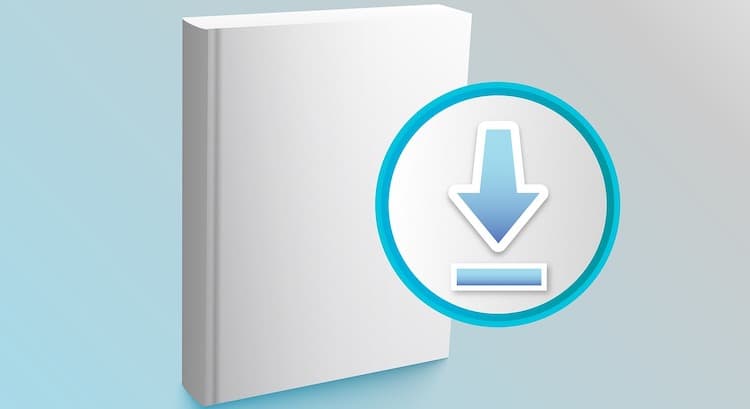 Digital delivery forced all of these industries, apart from books, to sell their products online.

They moved away from the business model of selling their products in plastic-wrapped boxes in malls and high street stores.

For some time, this worked well until piracy became a telling factor.

Apple, of course, was the leader at that time in selling digital downloads in the music business.

It started with iTunes and the iPod and later with games and apps. To its credit, this overcame a lot of piracy.

Microsoft was slower to move initially but eventually started selling its software online, as most software producers had been doing so well before.

Then, of course, there was Amazon, hitting the movie download and rental business.

Netflix, Amazon, Microsoft, and a host of other producers changed tack, with the one holdout being Apple iTunes.

While the market has been evolving, changing, and adapting, books and ebooks have been a little stuck in the mud.

It was mainly due to the reluctance of the publishing industry to change.

Amazon took advantage of this intransigence and carved out a monopoly for itself.

It has been built on the back of their invention of the self-publishing model.

Authors willingly, happily, and enthusiastically took advantage of the ability to publish, first in print-on-demand paperback and then a little later in ebook.

Amazon built a war chest of hundreds of thousands of books and ebooks.

It used them to put pressure on and then fight the Big Six publishers for dominance in the publishing market.

Some bemoan the market dominance of Amazon. It currently holds, by all accounts, around 65% or more of both the book and ebook market.

But it is worth remembering that Amazon innovated, changed, adapted, took risks, invested, and looked to the future and not the past.

The past was where the traditional publishers were, and mostly still are, firmly fixed.

The future of ebooks is to adapt or die

It will be those in the market who adapt that will survive and profit. The adage, adapt or die, is certainly fitting.

But it is only available to authors or publishers who agree to give Amazon exclusivity for their digital books in the KDP Select program.

For many, this exclusivity is a bad thing. But having built its position of total market dominance, Amazon has the right to make its own rules.

No one complains when a traditional publisher demands exclusive rights to an author’s book, do they?

Amazon doesn’t demand the rights to a book. It only asks for exclusivity to sell, and then it is only for a period of three months.

It is enough, though, for Amazon to keep its war chest of millions of ebooks available for Kindle Unlimited subscribers.

Amazon uses this leverage whenever there’s a battle to fight with big publishers, as was the case with Macmillan and Hachette in earlier days.

That’s history, but what will happen to the future of ebooks?

An ebook is only a digital file, the same as an app, a music track, a movie, or software.

It’s logical to assume that what has happened to all the other market sectors will happen to ebooks.

Subscription services have already started with Amazon and others, and there will surely be more jumping into this model by necessity.

Another model that has worked particularly well with apps is the revenue model supported by advertising.

If I were to make a small wager, I would keep an eye on Google Play Books. It has yet to find its feet in ebook sales.

Google is not a search company, it is an advertising company, and its revenue is built almost totally on advertising.

It wouldn’t surprise me if Google Adsense in ebooks (pay-per-click or pay-per-1,000 views advertising) isn’t a future option.

We are all now used to almost every website we view having Google Adsense advertising.

The appearance of an advertisement at the top of every ten pages or so may not be that intrusive.

As all types of ereading devices connect to the Internet, it makes a lot of sense.

Currently, ebooks are boring as they are almost exclusively, except for the cover image, black text on a white background.

Devices like the iPad, Kindle Fire, smartphones, phablets, and a whole range of other devices, are all capable of delivering rich, colorful interactive displays.

On these devices, the ebook starts to look a little drab, old-fashioned, and decidedly dull.

The future of ebooks will depend on moving away from the concept that an ebook is a copy of a book in electronic form.

Therefore, it must look as much like a printed book as possible.

Paper pages wrapped in a cardboard cover is not technology; it’s tradition and history.

The ebook will develop and move away from the book by using color, movement, interactivity, and connectivity. Video in ebooks is almost a certainty.

The ebook will become less of a book and more of an app. It will become shareable, social, and flexible.

Another possibility is in the area of text-to-voice.

It could bring the potential to produce audiobooks at next to no expense.

Voice technology is advancing rapidly every year on our phones and in our homes.

Leveraging this technology and applying it to ebooks make logical sense.

The future of ebooks is work in progress

The future of the ebook is by no means certain, and it will go through a long process of change and adaptation.

But it is as yet an underdeveloped product that is open to creative minds to explore and exploit.

Just as Amazon did when it invented self-publishing.

So what will the future of ebooks and the ebook market be like in five or ten years?

No one knows, of course, but one thing is a certainty, the future of ebooks won’t be anything like it is today.

The only certainty is that ebooks are popular.

The number of books published in ebook format each year continues to grow.

By some estimates, more than one million ebooks are added to the Kindle Store every year.

Related reading: Kindle Publishing – How To Self-Publish An Ebook On Amazon

3 thoughts on “What Is The Future Of Ebooks? It Will Be Change And More Change”